Futures Cup is an annual tournament (Thursday 27th October to Saturday 29th October for  U16 Boys) for some of the best junior hockey players in the country. Players are selected for one of four squads, Mercia Lynx, Pennine Pumas, Saxon Tigers and Wessex Leopards also squads from Scotland and Wales will be attending the tournament for the first time as Caledonian Cougars and Celtic Jaguars.

HiPAC is the abbreviation for the High Performance Assessment Camp

HiPAC is a two day high performance assessment camp run for some of the best players in the U15 and U17 age groups. National age group selectors attend the camp and select U16 and U18 England squads.

This year it takes place from Sunday 23rd October to Tuesday 25th October.

Many congratulations to all!

England Hockey have reviewed the Single System/Player Pathway and things will change for next season, see here for details.

Well done to the following Dragon youngsters for being selected to play in the JRPC Tier 1 competition, representing the Bury St Edmunds JRPC Group:

Congratulations to those selected from that group to go on to the first tier of East Hockey’s Junior Regional Performance Centre.

U16 Aoife Lowe-Davies, Ed Murphy, Ben Watson (Ben not taking up invite to JRPC due to other commitments).

Congratulations to all the Young Dragons that were selected to play in the Norfolk Junior Academy Centre this season. 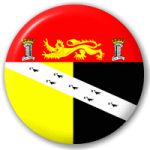 "We always felt safe to be our best selves", "I found acceptance within my hockey clu [...]

I am also very proud of the fact the sport I play offers safe spaces for LGBTQIA+ members to play [...]

Update from England Hockey on Return to Play planning

'We are continuing to recommend that clubs plan for a normal season' [...]