Norwich Dragons Under 16 Boys were amongst the top 10 teams in the country in Wolverhampton in January for the England Hockey National Indoor Finals, for the first time in the Club’s history.

Facing eventual winners, Beeston Hockey Club, in their first match the Dragons were given a tough introduction to the tournament with a 7-0 loss.  A little more aware of what the tournament had in store for them, the boys played a much closer match against Ben Rhydding, being just 1-0 down at half time, however finishing the game with a 5-0 loss.

This match signalled the end of the first day of competition for Norwich Dragons, so the boys were able to gather their thoughts and take on board the wise words from the coaching team of Ali Smyth and Phil York-Smith.

Sunday started well with a 5-2 win over Plymouth Marjon thanks to a hat-trick from Henry Laming and a brace from Ben Watson.

A tight final match in the Pool stages against Marlow finished with a 5-2 win for the opposition, both goals from Ben Watson. 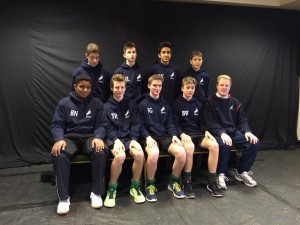 Having beaten local rivals Norwich City and Harleston Magpies to qualify as County Champions, the Norwich Dragons U16 boys took on the representatives of Suffolk, Cambridgeshire, Hertfordshire and Essex in the East Regional Indoor tournament and finished runners up to Old Loughts to qualify for the National Finals.

The boys are the first Norwich Dragons HC side to represent the club at National Level, the full set of fixtures for the weekend are shown below:

The boys are shown below after securing second spot in the East Championships, Tom Williams and Henry Laming are also in the squad. 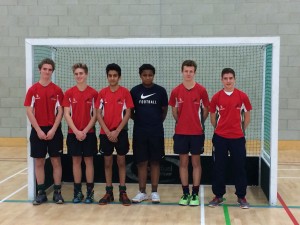 Old Loughtonians are getting creative maintaining club spirit through lockdown [...]